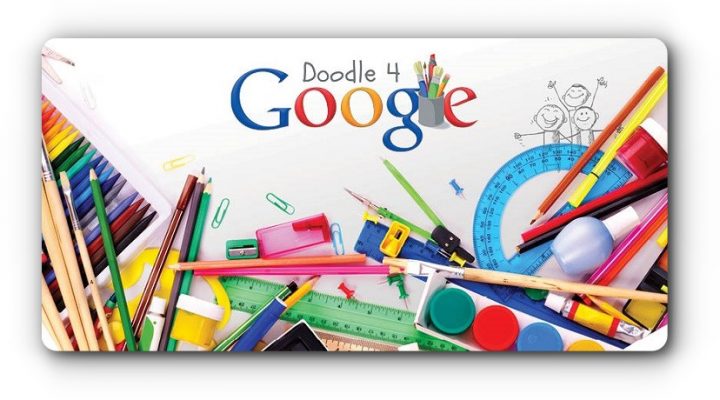 The competition of Doodle 4 Google 2018

This year is the theme of doodles – “what motivates you”. Letters in the doodle (G-O-O-G-L-E) can be made from wax, clay, watercolors and graphic design. Submission for the competition will be closed on October 6, 2018, by 10 o’clock. The company said in a statement that its winner will receive a college scholarship of Five lakh rupees with the opportunity to share his inspiration through artwork. Winning doodles will be displayed on the Google homepage on the occasion of Children’s Day.

The company said that it will promote the power of imagination and creativity to shape the world with creating inspiration. The image will not be restricted to any content.

Winner will get 5 lakh scholarships

Doodle can be made from any soil or crayon, watercolor or even graphic design. However, the only rule here is that participants must include all the letters of the logo. This is not the first time that Google is organizing this competition, it has become a tradition for Google. At the same time, it is also one of the biggest platforms for displaying their work for school students. Doodle team leader Ryan Germick in Google will review the entries this year, along with the guest judges committee.

Who are the judges

The company has also disclosed the list of judges for the competition. Including actor Arun Iyer, Rob popular show ‘MAD’ host, YouTube Sejal Kumar and original lead of Google doodle team Lead Ryan Germick. Google said that before joining the final jury, the jury will select the remaining 20 doodles with the help of votes and internal justice.

The 20 Doodles created will be shown to the public. After which the best doodle will be selected by voting from October 23 to November 5, 2018. Google doodle will also offer a college scholarship of Rs 5 lakh which will be won with “many other awards”. Interested children or parents can find information about registrations or submitting doodles from the internet.

The first competition of “Doodle 4 Google India” was held in 2009 and the subject was “My India“. The same contest also runs in others countries including Latin America, Canada, and several Asian countries.

So friends, I hope You will motivate your children, brothers or our relative to take part in the Doodle 4 Google 2018 contest. Best of Luck 🙂

Read also: Realme 2 will launch soon, Now the company’s focus is on the common man